House in barn - room in room 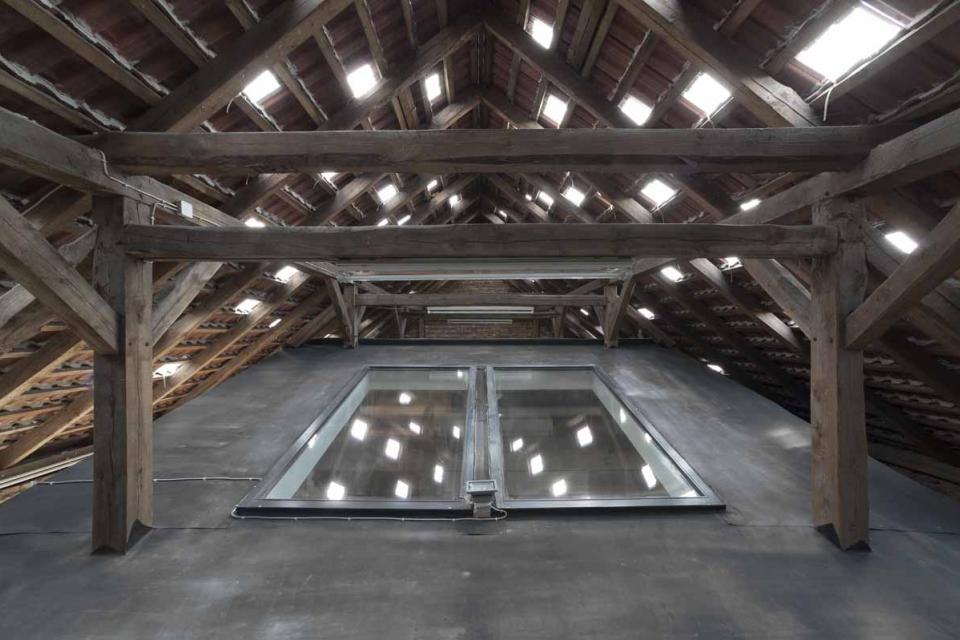 In a typical village of Brandenburg - with a village green and a small church - an unused barn was used as a building shell for new living. The barn building retains its character and serves as weather protection for the inserted and thermally insulated (living) box. As room within room architecture, all building materials have been used in a resource-conserving manner.

Coworking in the country 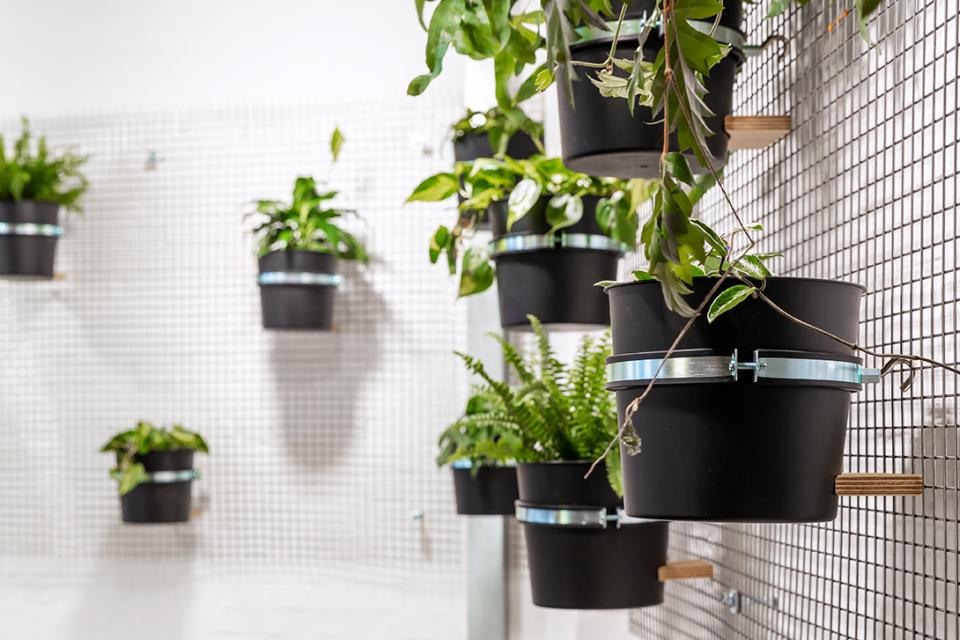 In Berlin-Moabit is a 100-year-old former porcelain factory, which was converted into a coworking space "raumstation" in 2006. In 2008, the four floors of the factory were extended by a full storey, which already at that time made the theme of greenery visible to the outside world. In 2020, the greenery was to be brought into the building on a grand scale. 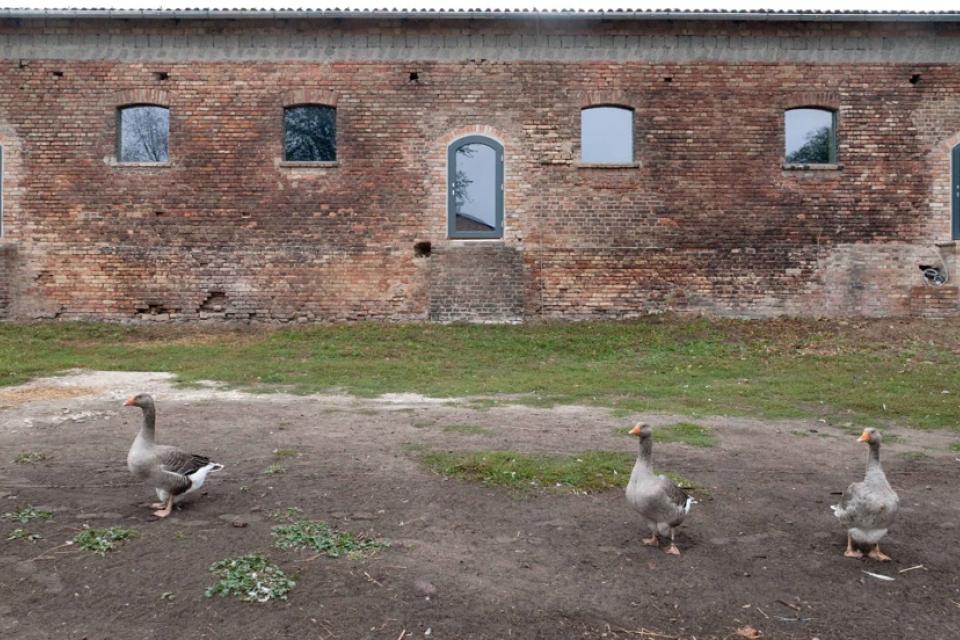 Gut Boltenhof is one of the few preserved and closed estates in Brandenburg. Today, the estate still includes approx. 80 ha of land used for organic farming and approx. 3.5 ha around the actual estate with various stables, servant houses, manor house, park and zoo. Today the estate is run as a tourist and gastronomic business with 9 hotel rooms, 10 holiday apartments and a small café & restaurant in the manor house. As "Rittergut 2.0" the life of the estate is to be revived and the individual business areas are to be brought together to form a functioning unit. For this purpose, the approx. 800 sqm large former cattle hall has been extensively and carefully renovated. 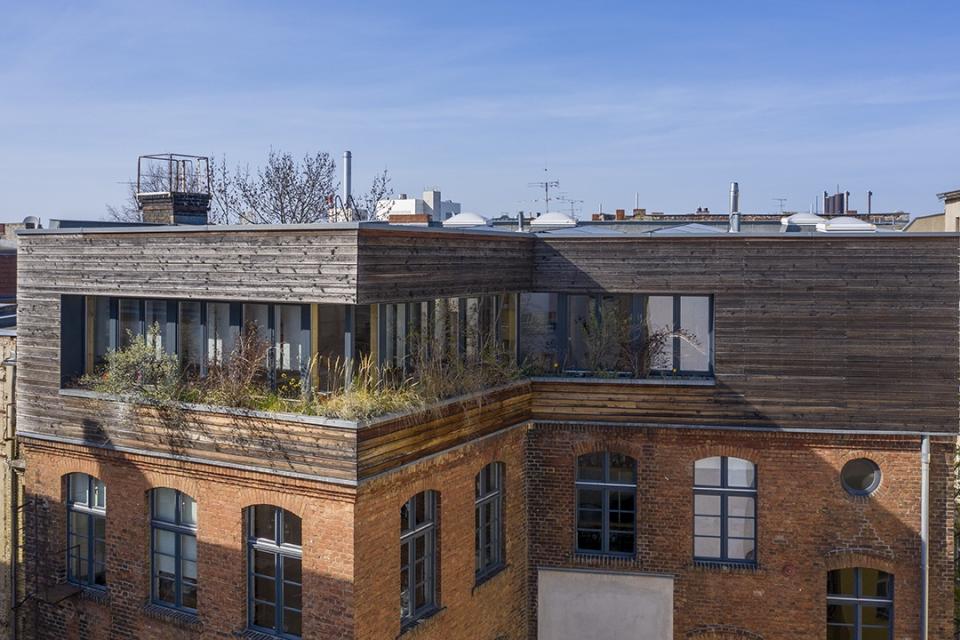 For the Berlin coworking space RaumStation, a 19th century factory building in the Moabit district was extended with a full storey. From 1870 onwards, industries increasingly settled in Berlin's northern district of Moabit. The former porcelain manufactory in Stendaler Straße, consisting of brickwork and steel girders, dates from this period. The industrial architecture from the Gründerzeit was preserved during the renovation and supplemented with sensitive interventions of contemporary architectural language. A narrow garden was placed all around the window band, which, as a vegetable and kitchen garden, brings natural life to the floor and breaks the grey of the Berlin backyard. 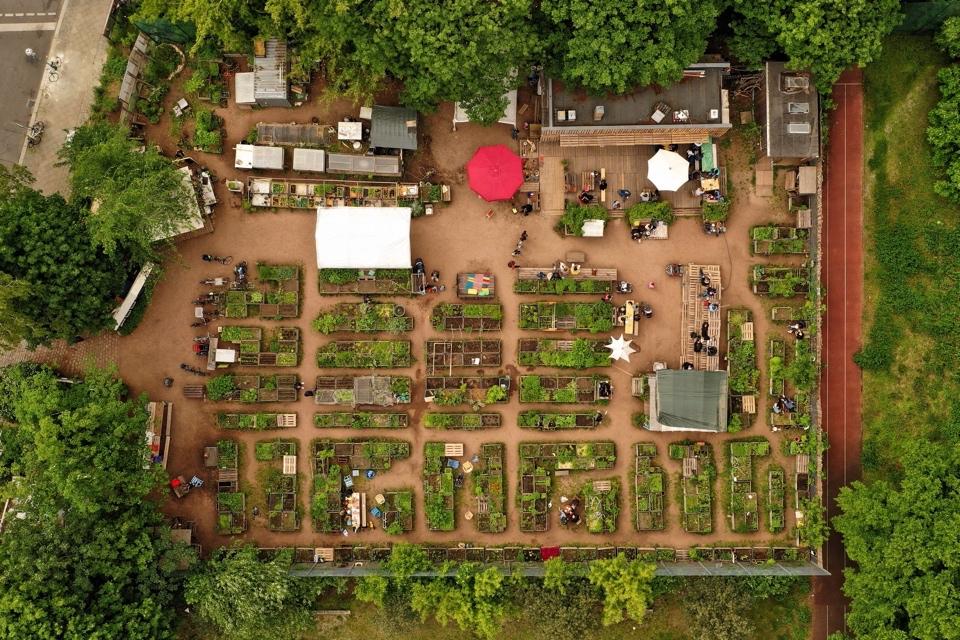 himmelbeet is an intercultural community garden in Berlin Wedding that invites visitors to garden with others and harvest their own crops.
RaumstarArchitekten has accompanied the urban farming project since its beginning in 2012 and is responsible for the spatial conception of the garden, the functional buildings as well as the coordination with the building authorities regarding applications and approvals. 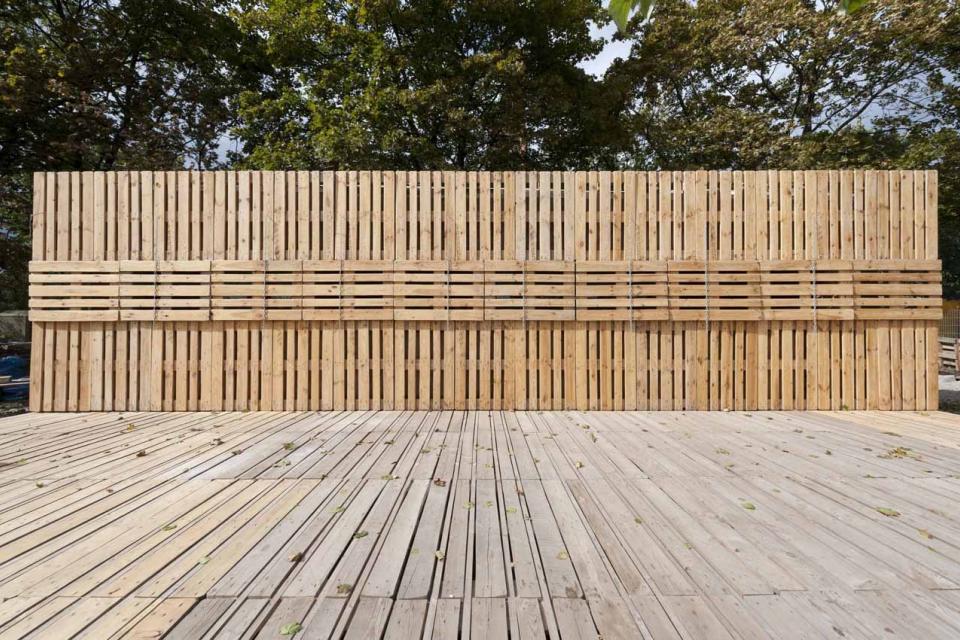 himmelbeet is an intercultural community garden in Berlin Wedding that invites visitors to garden with others and harvest their own crops. raumstar* has been supporting the urban farming project since its inception in 2012 and is responsible for the spatial concept of the garden, the functional buildings and the coordination with the building authorities on applications and approvals... 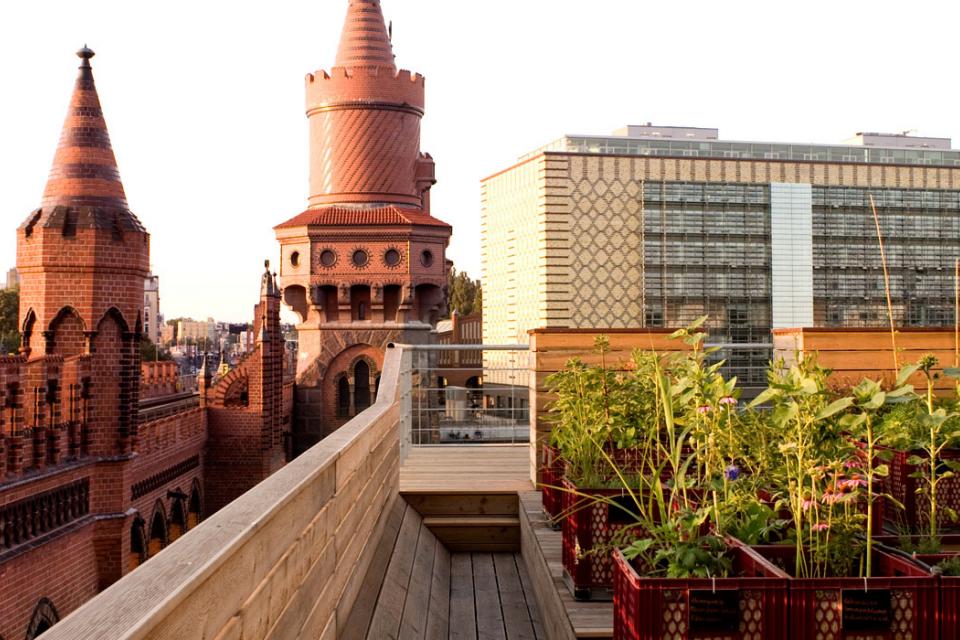 Urban farming, Rooftop garden
This rooftop in Berlin Kreuzberg not only features a classic terrace area but also a flower and vegetable garden, where the employees of the adjoining strategy agency can grow their own vegetables and herbs in dedicated beds. 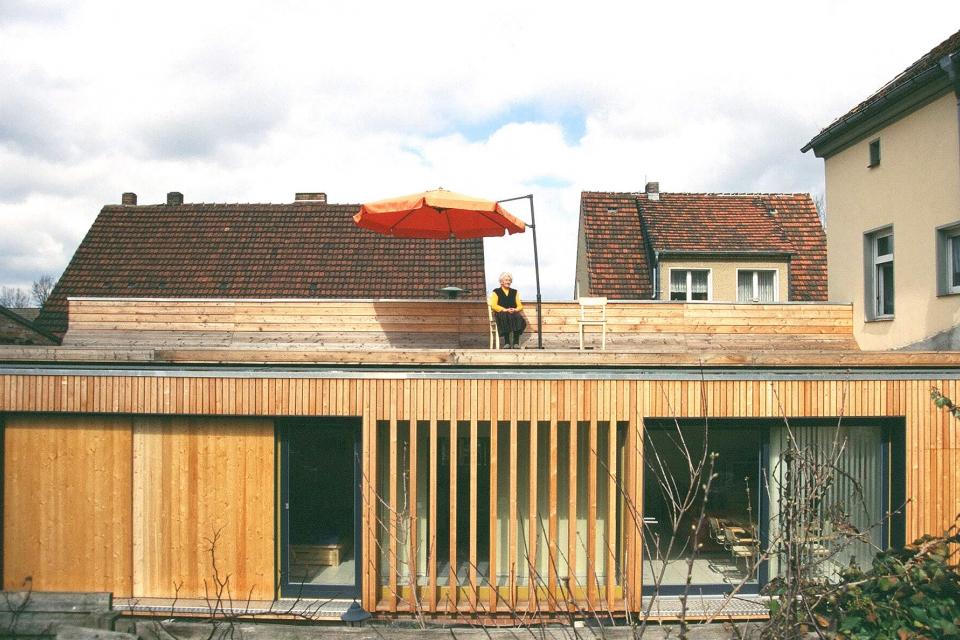 The 90-year-old mother of one client wished to live at ground level. To accommodate her wish, a former coach house in the center of the small Brandenburg town of Lübbenau was turned into additional living space. 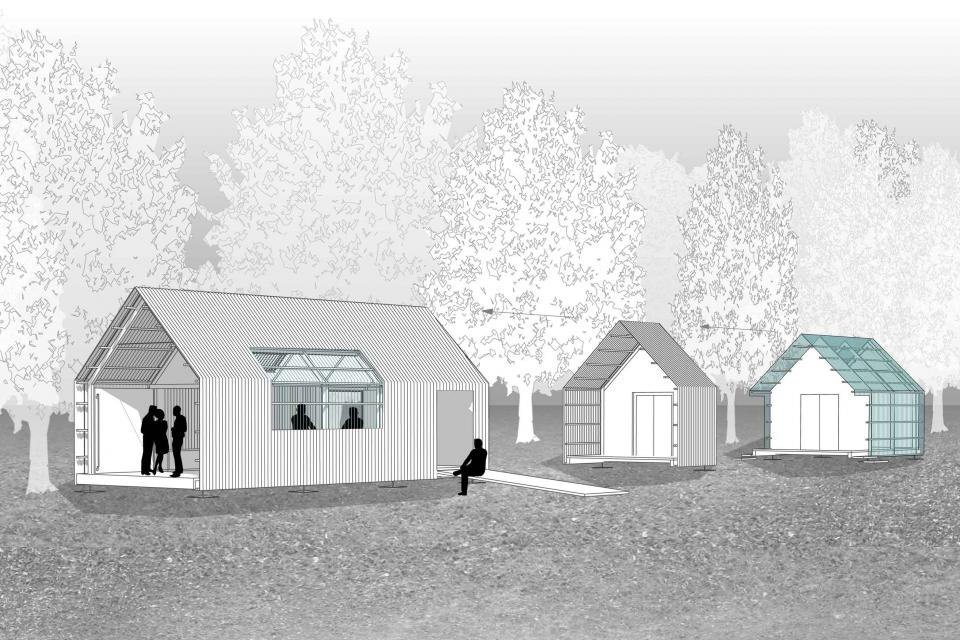 Also for do-it-yourself projects: simply built, quickly changed, sustainable use of building materials. Today a project room - later a roofed open space? Or a summer kitchen? An additional greenhouse? The possibility of incorporating new needs into the space in the course of the project - transforming it, rebuilding it without consuming building materials. These are the main challenges for DIY projects. For urban gardening projects too, of course. 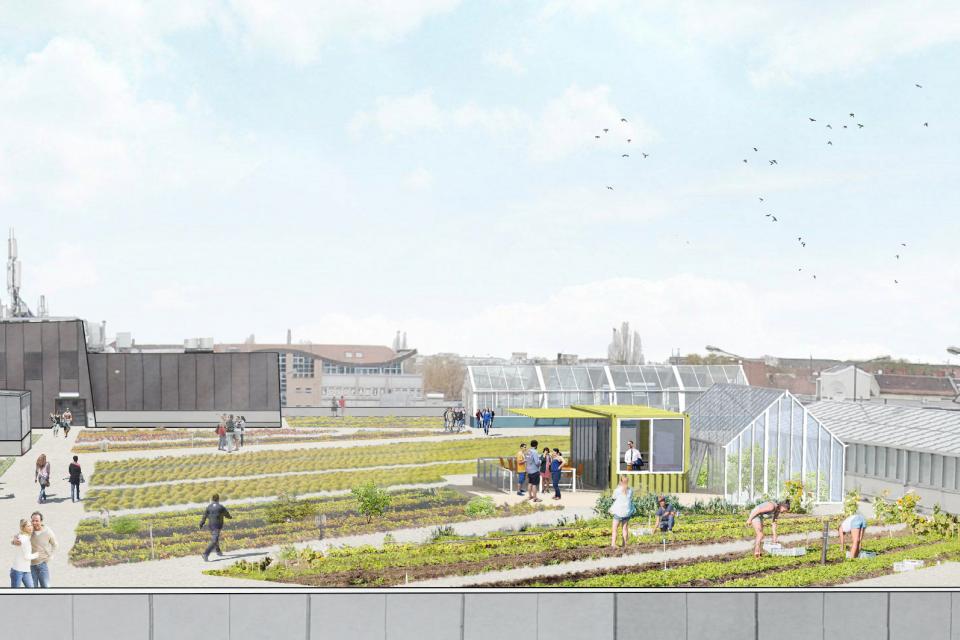 Vegetables instead of cars - On the parking deck of the KARSTADT department store in Berlin-Wedding, a conceptual approach was developed for reprogramming the upper parking area for use as a roof farm. This area, conceived as a production farm, is intended to programmatically complement urban gardening concepts in communal gardens. A parking deck becomes a vegetable producing roof farm - brave new world. 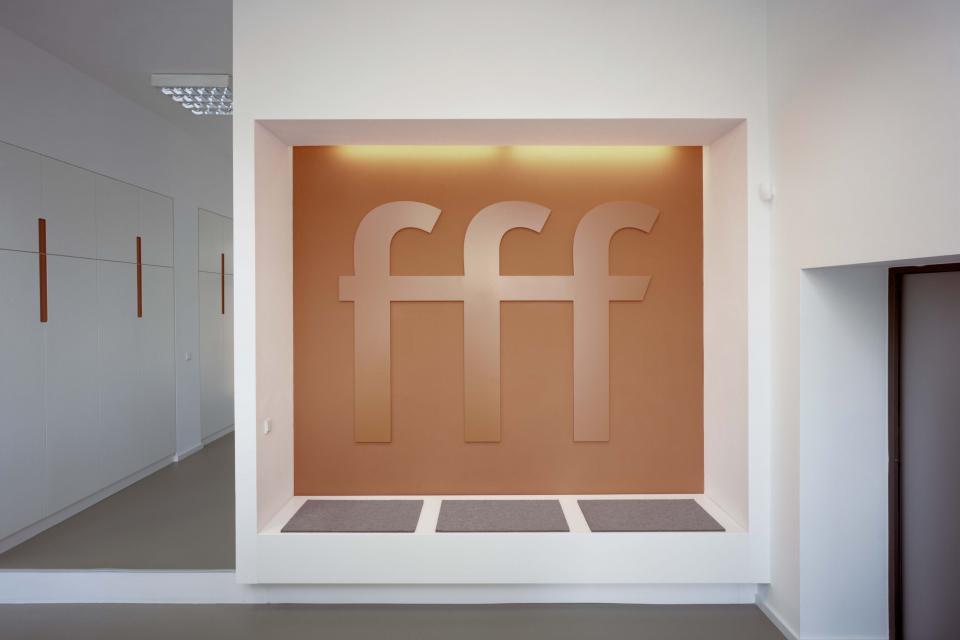 RaumstarArchitekten continues to provide the right space for the strong growth of the Kreuzberg strategy agency diffferent. In just four months, the architects developed and realised approximately forty new workplaces on 600 sqm, which correspond to the agency's high quality of living. All furnishings such as reception counters, tables, conference rooms, etc. were designed and realised in a tailor-made manner. 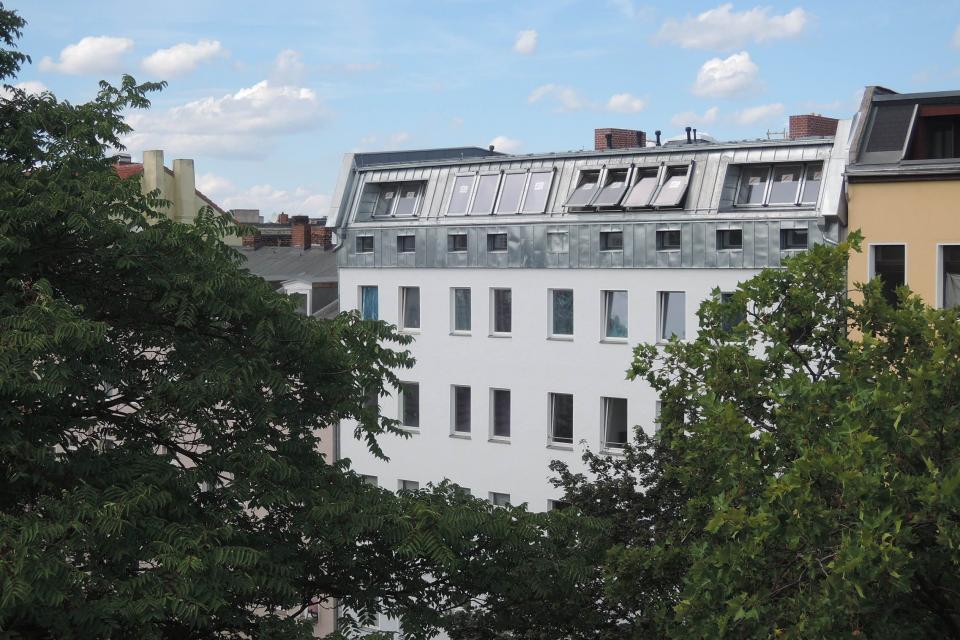 Berlin Moabit. New building attic. The client wanted a connection between the 4th upper floor and the new attic. Two generous maisonettes were created. The attic was designed as a steel construction. This allowed the special roof shape to be realised - with the aim of constructing large open spaces. The fourth upper floor was completely renovated and contained a new staircase which winds around the supporting structure of the new attic and leads into the new rooms. 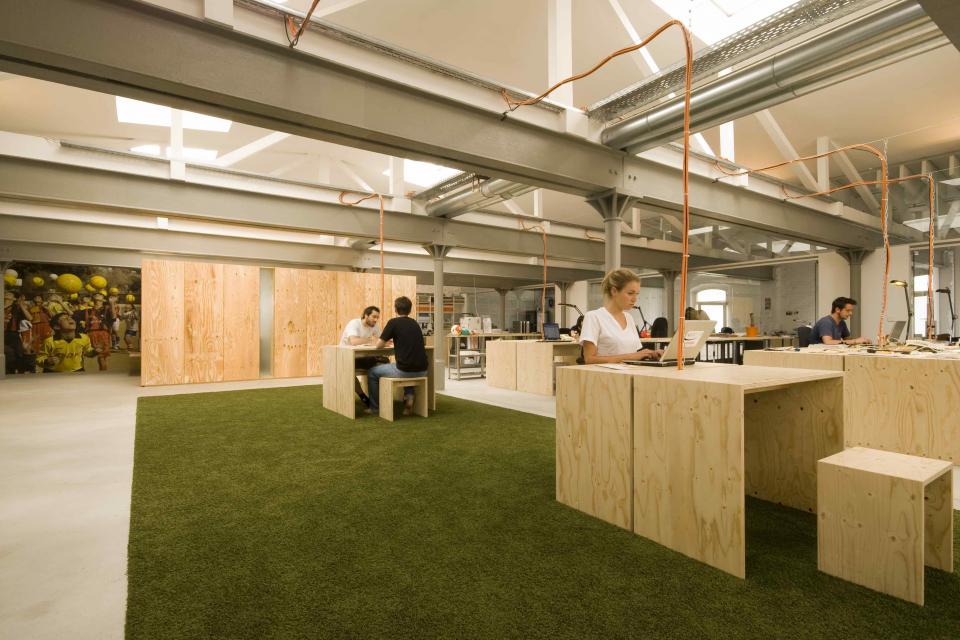 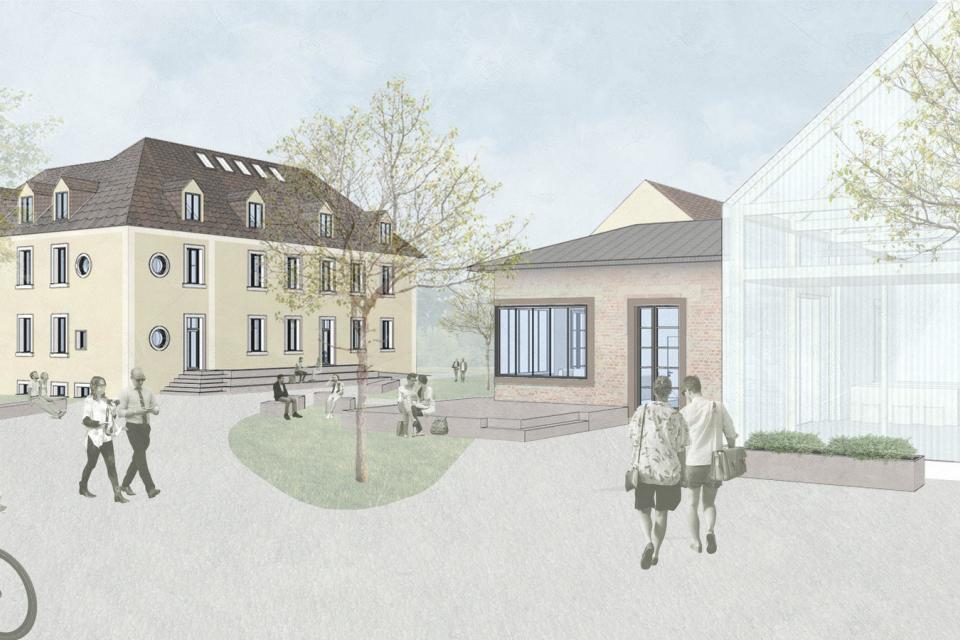